Total net project costs were approximately $500,000 for all seven sites and will be paid back in utility savings within the warrantied lifetime of the solar panels.

“Salt Lake City is committed to powering our government operations, and ultimately the whole community, with 100 percent renewable energy,” stated Mayor Biskupski. “This latest round of projects puts solar panels in seven distinct parts of the City, increasing access and visibility to the transition to clean energy that is underway.”

“Rooftop solar has been growing at a roughly exponential rate in the Salt Lake City community since 2010,” said Tyler Poulson. “This means we’ve seen an annual doubling in the total amount of solar installed in Salt Lake City limits in recent years and we now believe there are over 60,000 solar panels installed within our community. Renewable energy continues to become more cost effective for everyone. We are confident that a 100 percent renewable electricity target can be achieved for Salt Lake City.”

The 756 panels just installed will generate an estimated 320,000 kilowatt-hours each year. Generating the same amount of electricity with just coal, as one example, would require burning roughly 350,000 pounds of coal each year. Over their warrantied life of 25 years, the total amount of solar electricity generation will be equivalent to burning over 8 million pounds of coal.

“Of course, the Salt Lake Fire Department is committed to making an impact on emergency scenes and in crisis situations,” said Chief Karl Lieb, “but our team is also committed to promoting the environmental sustainability goals of our city and community. We work tirelessly to make positive impacts for people today — every day — and we want to consider future generations as well.”

Solar on the rooftops of government facilities represents just one of the ways Salt Lake City is moving towards a clean energy future, as detailed in the Climate Positive plan (www.slcgreen.com/climatepositive). 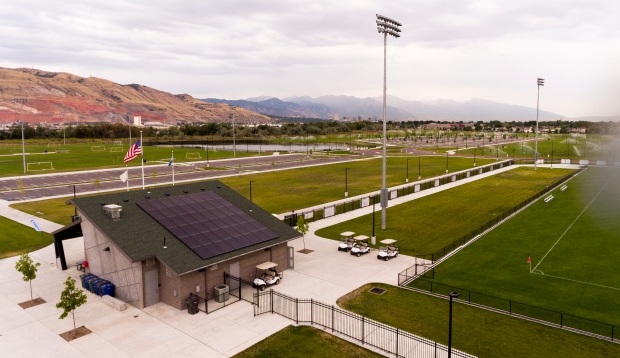 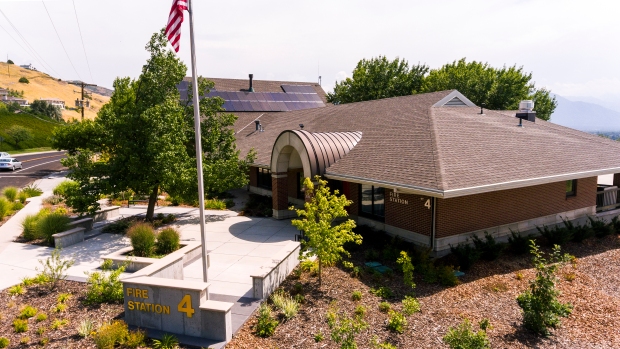