Platinum is the highest LEED certification available, making the Public Safety Building only the ninth building in the state to achieve this coveted rating.

“The LEED Platinum designation is the culmination of our efforts to design and build a state-of-the-art Public Safety Building that has become a model for other cities across the country,” says Mayor Ralph Becker. “The project showcases Salt Lake City’s leadership to reduce our carbon emissions while enhancing city services.”

In addition to achieving a LEED Platinum rating, the Salt Lake City Public Safety Building was designed to be net zero, meaning it generates as much energy as it consumes. To achieve net zero, the project employed energy efficient building practices, employee engagement on energy use, and renewable energy generation through rooftop solar and an offsite solar farm.

To learn more about the Public Safety Building, click here! 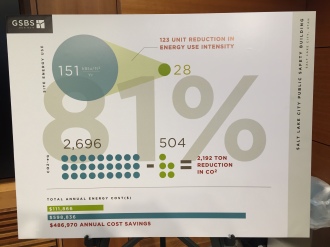 Climate Week: What SLC is Doing to Combat Climate Change

Salt Lake City has been recognized as a Climate Action Champion for showing leadership on climate change. The accomplishments of Salt Lake City in the past seven years demonstrate a commitment and successful track record of innovation and leadership to integrate the reduction of greenhouse gas (GHG) emissions and enhance climate resilience into local and regional planning and decision-making.

Here are some of the City’s climate actions, goals, and key initiatives: 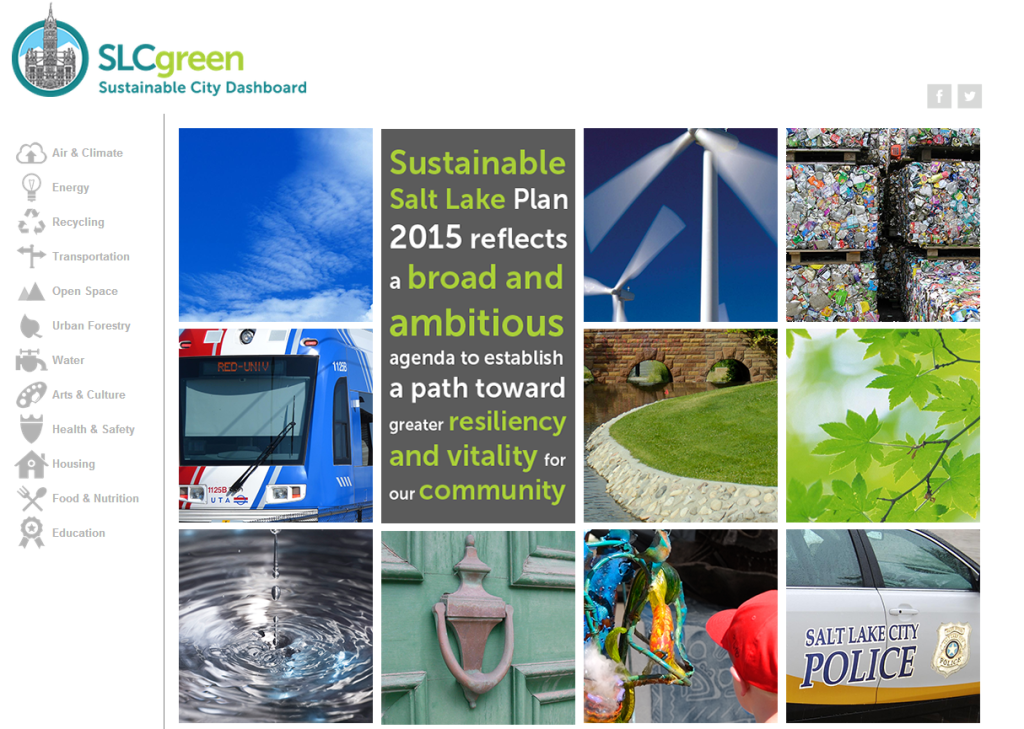 Screenshot of the homepage of the Sustainable City Dashboard.

Today SLCgreen joined Salt Lake City Mayor Ralph Becker to unveil a new and innovative tool to track our sustainability efforts and engage with the public.

“The Sustainable City Dashboard is an effort to openly engage with residents as we work toward our goals for the future,” said Mayor Becker. “The tool illuminates a broad and ambitious agenda to protect our resources, enhance our assets and establish a path toward greater resiliency and vitality for every aspect of our community.”

The dashboard also features a venue for residents to voice their ideas and concerns about all aspects of Salt Lake City life. The new format, facilitated through Open City Hall, provides the opportunity for two-way communication and enhanced idea sharing.

We hope that Salt Lake City residents will see the new dashboard as an opportunity to explore what their city is doing to improve our community, and become part of the process by sharing their own ideas on how we can reach our goals.

Over the last five years, Salt Lake City’s pursuit of success in sustainability, social justice, and neighborhood
and downtown vitality has helped shape the collective vision for how we live, work, recreate and
grow in Salt Lake City.

The Sustainable Salt Lake – Plan 2015 reflects a broad and ambitious agenda to protect our resources, enhance our assets, and establish a path toward greater resiliency and vitality for every aspect of our community.

The plan is an extension of Salt Lake Mayor Ralph Becker’s visionary Livability Agenda. The agenda was crafted to guide policies during Mayor Becker’s second term.

Learn more about how sustainability is an important part of the future of Salt Lake City.

Let us know what you think about Salt Lake City’s plans to increase the long term sustainability of our community.