Be a Recycling Champion! Sign Up for SLC’s Master Recycler Program

Become a champion for reducing, reusing, and recycling in our community!

Are you interested in the ever-changing landscape of recycling?

Do you want to learn why composting is an integral part of waste diversion?

Or learn how to effectively promote recycling practices within your community?

Applications will be accepted through March 18 (unless we fill up sooner).

END_OF_DOCUMENT_TOKEN_TO_BE_REPLACED

Should you use “compostable” disposables?

It’s the New Year and you may have made it a goal to waste less and recycle more. That’s great!

A common question we receive here at SLCgreen is about so-called “compostable” or “biodegradable” disposables.

What are they? Are they better than regular disposables? Can they go in the brown curbside compost can?

At first blush, they seem to offer a great solution–the convenience of single-use bags, plates, cups, and utensils — with a supposedly more environmentally-friendly footprint.

However, the truth is more complicated.

That’s because, as it turns out, these single-use ‘bioplastic’ products are just as bad for the environment as the regular single-use plastic products they were meant to replace.

So what is bioplastic? END_OF_DOCUMENT_TOKEN_TO_BE_REPLACED

Why Do We Check Recycling Cans? 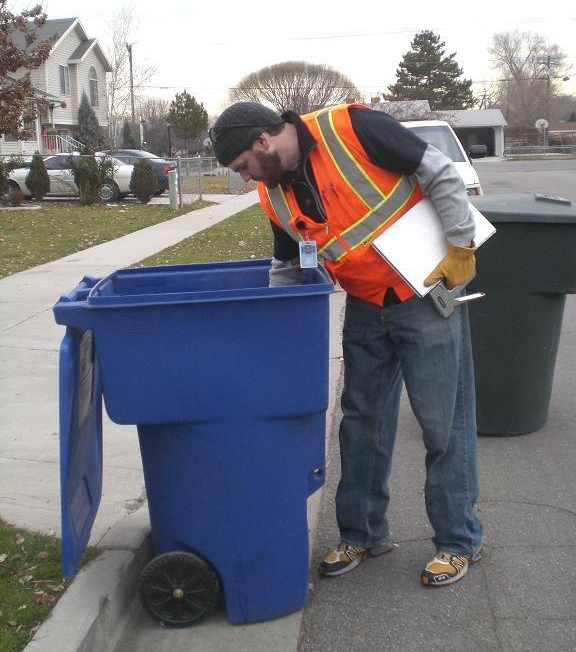 You may have seen a recent story in the Salt Lake Tribune that follows SLCgreen’s Recycling Education Team on a visit around our neighborhoods checking recycling containers. The piece does a good job of giving an overview of the purpose of our Education Team, but we’d like to give you some additional context.

The Education Team works in Salt Lake City’s Waste & Recycling Division and is comprised of five dedicated and passionate employees whose sole job it is to educate the public and improve recycling behavior. We never fine anyone, and our team works hard to be customer-service oriented, friendly, and professional.

The team is out and about each week, across the city, checking cans, leaving materials, and having conversations with people about recycling. They’re also some of the faces you see at community events, festivals, markets, and classrooms across SLC.

Their work is a critical part of our effort to make sure we are recycling as much as possible in the Salt Lake City community– and that we’re “recycling right.” END_OF_DOCUMENT_TOKEN_TO_BE_REPLACED

Why Glass Recycling is Great

With all the news of recycling markets changing, as we discussed in our previous post, it’s more important than ever to practice Reducing, Reusing, Refusing (single-use products) and Recycling Right.

So it’s worth thinking about how we as consumers can make a difference and shift our habits to consume different products with less packaging and more recycling-friendly materials.

That’s why we’re excited to talk about glass! 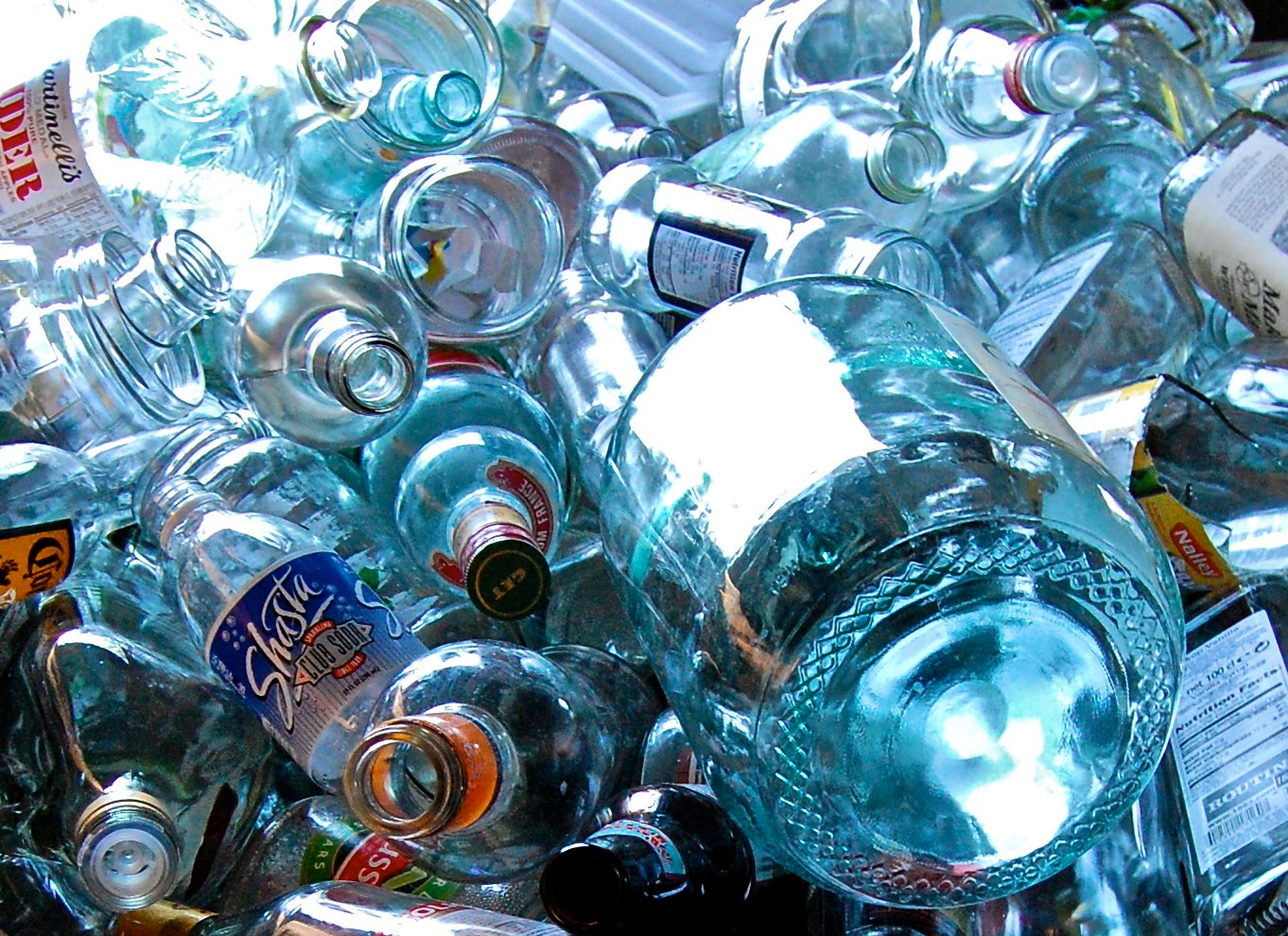 Glass bottles ready to be turned into something new!

In Utah, we’re fortunate to have a local glass recycling facility, Momentum Recycling. In Salt Lake City, you can participate by signing up for curbside pickup! You can also take your glass to a convenient drop-off location.

You may have heard that much is changing in the recycling world these days. For the last couple decades, China has accepted the majority of the world’s recycled materials– whether that’s plastic, paper, cardboard, or metal.

Our recycling programs evolved over that time to encourage more and more recycling of more and more items, with not so much attention focused on “contamination.” Contamination means that there are items in the recycling load that shouldn’t be there (like garbage or leaves or shoes or hoses . . . you get the picture). It can also mean that otherwise recyclable items are dirty and therefore unusable (oily pizza boxes for example).

Meanwhile, our society has continued to progress towards more packaging, more disposables, and more single-use items.

Globally, we produce upward of 448 million tons of plastic each year, 40% of which is destined only to be used one time. What?!?!

But if we threw those plastic plates or cups in the recycling, that was okay, right? Throwing something in the recycling bin became the equivalent of not even using it in the first place!

But now China has effectively stopped accepting the world’s recycling and the U.S. is left with a lot of material and a system that isn’t designed to deal with newer, stricter materials standards.

Municipalities across the country are grappling with what to do. Some have had to drastically amend their recycling programs or cancel them. (See also “What the Chinese import policies mean for all 50 states”)

In Salt Lake City, disruption of our recycling program has so far been minimal.

END_OF_DOCUMENT_TOKEN_TO_BE_REPLACED

Recycling: This Earth Day, Let’s Get Back to Basics

It’s #EarthWeek in Salt Lake City! We’re excited to bring you a range of content to inspire action on behalf of our planet. As part of that, we were excited to contribute a blog post to the Utah Department of Environmental Quality about recycling. There have been some changes in the industry in the last year and it all reminds us to “get back to basics: reduce, reuse, and recycle right.” Read on!

Recycling is one of the most common sense practices to conserve resources and care for the Earth.

So this Earth Day—let’s get back to basics and take a deep dive on what’s going on with recycling these days and what you as an environmentally-conscious person should do to “recycle right.”

Did you know that most of the items you put in the recycling bin get sent to Asia to be processed into new material? Those water bottles get turned into fleece, cardboard into paper bags, and milk jugs into . . . new milk jugs.

A large majority of this material is processed in China.  Or, I should say, was.

You may have heard that China is no longer accepting the world’s waste as of January 2018. They were previously processing roughly half of the world’s plastic, metal, and paper recyclables. Their ban is part of an effort to clean up their environment and not become the home of “foreign garbage.” We applaud China’s strengthening of their environmental laws, policies, and procedures.

However, in the short term, the Chinese ban is causing recycling vendors and processors worldwide to search for new markets for some of the material China no longer wants. This includes lower-quality plastics and paper. China also doesn’t want “contamination”—which refers to non-recyclable items being mixed up with recyclable items, as well as dirty and unwashed recyclables.

READ MORE ON THE DEQ BLOG

What’s the Deal with Plastic Bags? 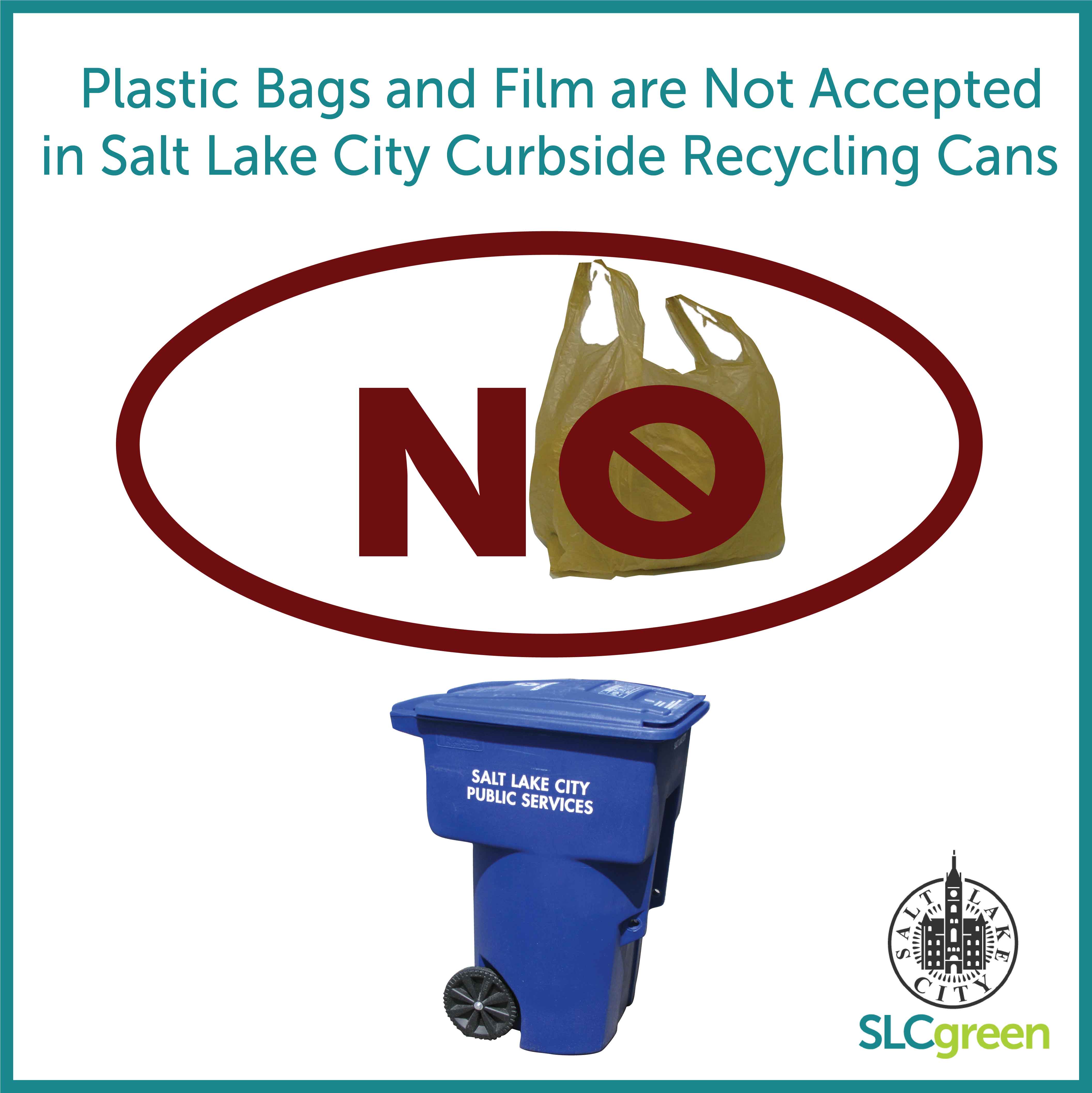 As you may have seen in the news, Salt Lake City is no longer able to accept plastic bags and plastic film in the blue curbside recycling containers.

So what should you do?

The short answer is –> Opt for REUSABLE bags whenever possible.

Read on for other FAQ’s.