Coming Together on Climate 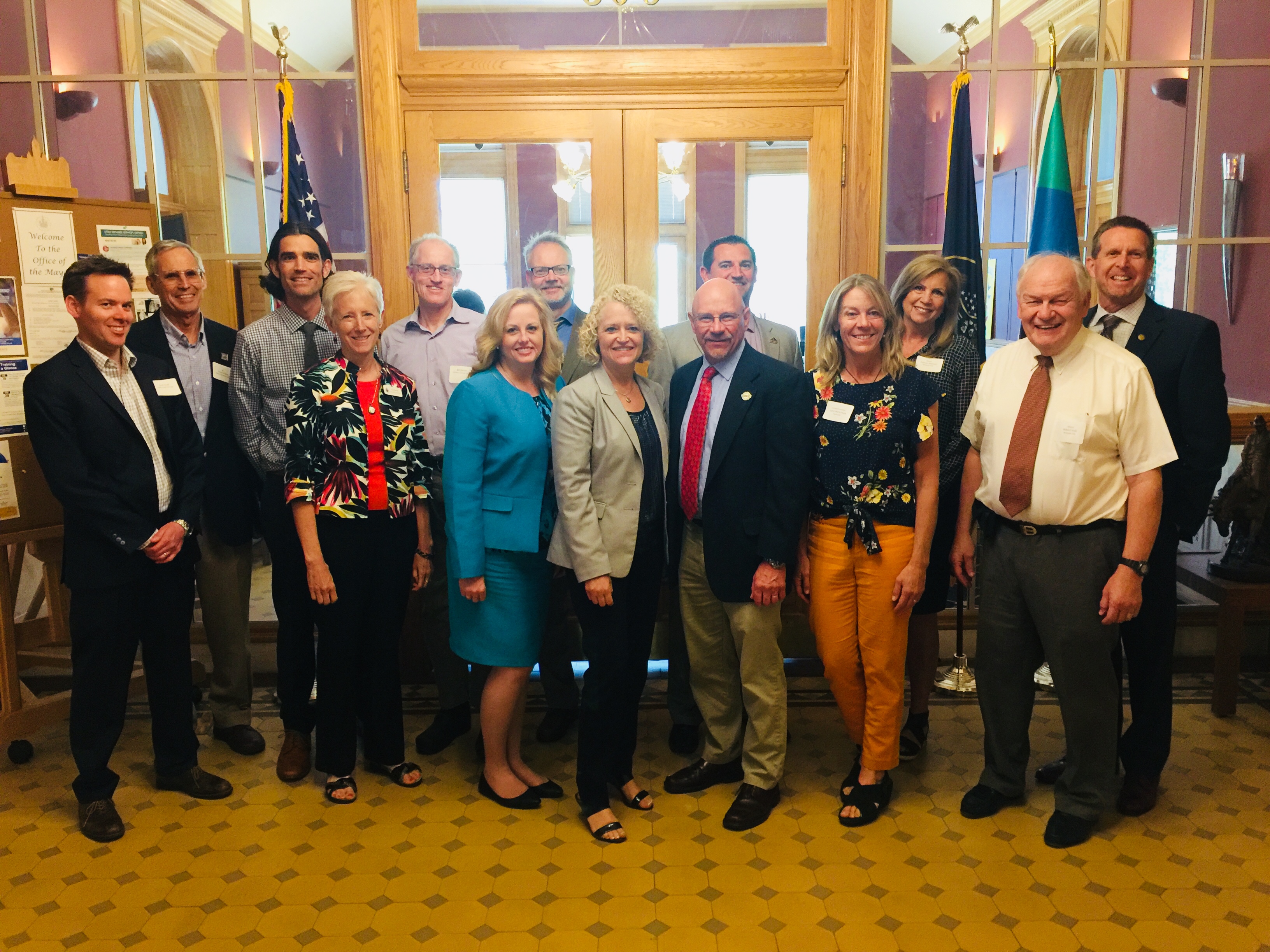 Last week, Mayor Biskupski brought together mayors and councilmembers from nine other Utah communities to discuss what local government can do to address climate change.

The latest data about fossil fuel consumption and associated pollution is deeply troubling. For the first time in hundreds of thousands of years, the Earth hit a monthly average of 410 parts per million (ppm) of CO2 in the atmosphere.

But we still have a window to act. That’s why it’s critical for local governments to drive policies that reduce energy consumption, catalyze renewable energy development, and transform our transportation sector.

In addition to creating our own plan, Climate Positive SLC, we need to work together to achieve the kind of change our planet and future requires.

That’s why the Mayor has taken leadership roles in a number of high-profile networks, including Sierra Club’s Mayors for 100% Clean Energy, Climate Mayors, and locally with Path to Positive Utah. She was also recently appointed to chair the Alliance for a Sustainable Future Committee of the U.S. Conference of Mayors.

It’s also important, as Utah’s capital city, for us to lead locally and share the expertise and experience we have with other cities and towns. We can and must be stronger together.

That was the intention behind last week’s meeting, which was co-hosted with the Salt Lake City chapter of the Citizens’ Climate Lobby. It garnered interest from mayors and councilmembers from Utah cities and towns representing 750,000 residents which is 24 percent of the state’s total population.

The Utah Climate Action Network (UCAN) received an Innovative Partnership Certificate for bringing the public and private sectors together to find solutions for climate issues.

END_OF_DOCUMENT_TOKEN_TO_BE_REPLACED

Path to Positive Utah brings together 40 inaugural leaders who have committed to discussing and forging local solutions to climate change in Utah.

Read more in the press release below!

The gathering kicked off Path to Positive Utah, a collaborative initiative sponsored by Utah Clean Energy and ecoAmerica, that represents a diverse group of leaders seeking to understand, prepare for and raise awareness about climate change risks and solutions.