We talk a lot about electric vehicles at SLCgreen (seriously – check it out).

That’s because they’re one of the critical pieces of transitioning our community to a lower carbon footprint (and they’re pretty fun to drive too).

Therefore, over the last several years, SLCgreen has developed policies to promote electric vehicle adoption in the community at large and in our government fleet.

But this support is not without substantive research and justification.

While EVs are a key part of the puzzle, they’re not a panacea to climate change or our air quality problems. Other forms of transportation (biking, walking, riding the bus or train) and good urban planning are just as important.

Today, however, we are taking a deep dive on a common question regarding electric vehicles– just how clean are they?

Read on and dig in.

END_OF_DOCUMENT_TOKEN_TO_BE_REPLACED 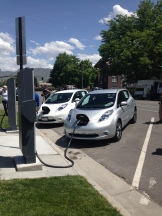 “Supporting electric vehicles is another key element of our plan to improve air quality along the Wasatch Front,” said Mayor Becker. “Another critical ingredient is collaboration. These new EV charging stations represent how sharing resources among government agencies, and corporate partners like Nissan, can create a positive outcome for all.”

Salt Lake City’s two new fast-charge stations, donated by Nissan to OED, are among the first of their kind in Utah. OED provided the stations to the City, along with one previously granted to Salt Lake County, as part of an inter-local agreement signed in early 2014. OED and UCAIR then partnered to cover the cost of installing the units. The 480-volt stations can provide a significant charge to the typical electric vehicle in less than an hour.

“The Office of Energy Development was pleased to partner with the City, UCAIR and Nissan on this exciting project,” said Cody Stewart, Energy Advisor to Governor Gary R. Herbert. “It’s important to note that these new charging stations are just one aspect of how electric vehicles are receiving a boost in Utah. Bills passed during the 2014 legislative session enhanced tax credits for EVs, bolstered the state’s fleet of cleaner vehicles and allowed organizations to sell electricity from EV charging stations.” These changes resulted in Utah improving its grade from a B- to a B+ in the 2014 EV Report Card (details here).

In addition to the new fast-charge stations, the City has upgraded its existing public charging infrastructure. Low-voltage EV charging stations were originally added at five locations in 2011 and these stations were recently upgraded to higher voltage units (locations in link below). These new Level 2 stations will allow users to charge their vehicles in about a third of the time. As with the original low voltage stations, these upgraded Level 2 units will remain free for public use.

Parking for EV users will be free, for up to two hours, at all charging stations. However, the City Council is expected to review a proposed fee schedule for electricity at the two fast-charge locations. Fees would help cover costs for monitoring and maintaining the stations, in addition to electricity charges.

More information on the City’s new fast-charge and enhanced Level 2 charging stations can be found at SLCgov.com. 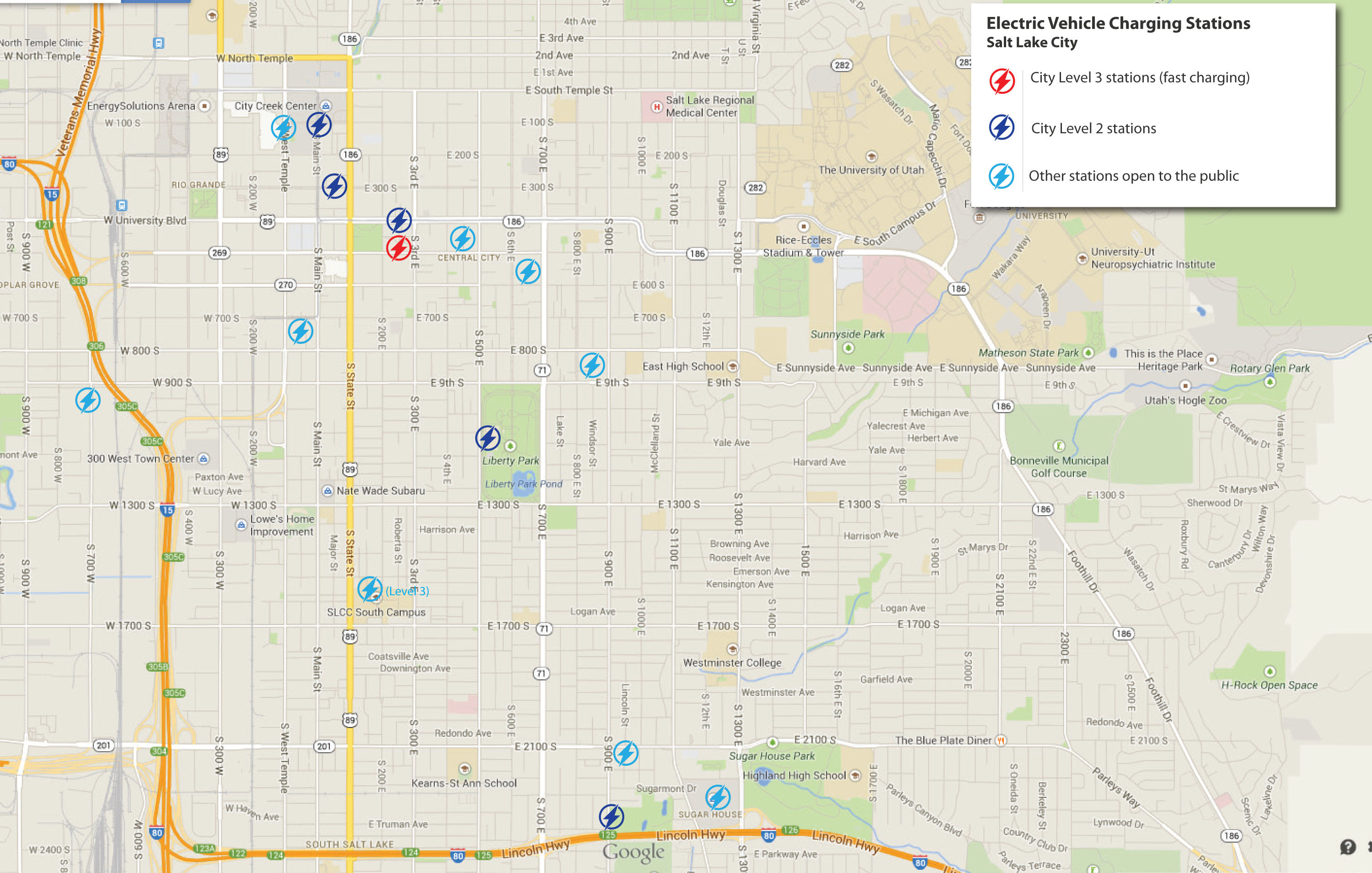