Greg Libecci of the Salt Lake City School District chronicles some of the achievements he’s helped realize after nine years as the Energy and Resource Manager for dozens of schools. His work led to the school district receiving a 2015 Mayor’s Skyline Challenge Award from Salt Lake City. Thanks for all you do Greg! 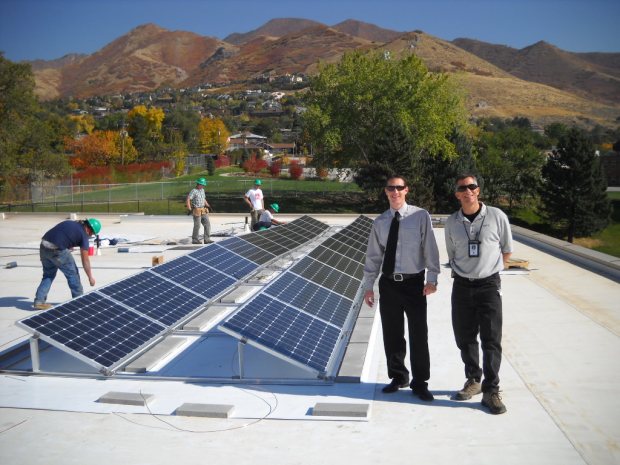 School’s out this week, but that doesn’t mean Greg Libecci takes the summer off.

His role as Energy and Resource Manager means he works year-round to identify and implement energy efficiency projects to save the Salt Lake City School District energy and money.

What led him to this role?

After several years of working in corporate sales for a telecom company, Greg began to notice energy waste everywhere. Things that were not being used were often left on, racking up unnecessary expenses and negatively impacting the environment.

He was certainly on to something with these observations, since the excessive consumption of energy resources worldwide is recognized as an important contributor to climate change.

Greg was drawn into the sustainability field because he saw how simple it could be to prevent unnecessary energy use. He was excited by the solvable nature of the problem.

When the Salt Lake City School District (SLCSD) created the Energy and Resource Manager position nine years ago in an effort to save the District money on utility costs, it seemed like the perfect opportunity for Greg to pursue his newfound passion for energy conservation.

Not only would he have the opportunity to directly implement important sustainability initiatives at a large organization, but he would also have the chance to work with students, something that remains an extremely rewarding part of his job.

Since Greg took the position, the school district has seen huge reductions in energy and natural gas use. In comparison with their baseline year of 2009, 2017 saw an 11% decrease in electricity use and a 23% decrease in natural gas usage.

This impressive achievement in sustainability was made possible through a multi-tiered approach including several projects designed to improve the efficiency of school utilities.

Through the Rocky Mountain Power wattsmart and Dominion Thermwise programs, schools are continually evaluated for inefficiencies. The incentives offered by these programs partially offset the cost for the installation of LED lights, vacancy sensors in classrooms and repairs to HVAC equipment.  Greg hopes that, sooner than later, all classrooms will have LED lighting.

Because of these improvements, combined with behavioral changes from staff and students, 24 out of the District’s 37 schools qualify for the ENERGY STAR label, which places them in the top quarter of school buildings in the nation.

Greg is responsible for maintaining a database through the ENERGY STAR Portfolio Manager program and tracking energy benchmarking reductions from year to year.

He analyzes this data and looks for places where significant energy is being wasted, calculates financial savings, and presents these results to the District in order to build a case for new projects.

These achievements resulted in the SLCSD becoming a recipient of the City’s Skyline Challenge award, a competition that challenges building owners to meet the City’s energy-saving and air quality goals through benchmarking and goal setting. This demonstrates the cooperative work between different entities within the City on climate issues.

Once projects are identified Greg works closely with the internal staff at schools, communicating with custodians, electricians, and plumbers as well as the school principal.

In addition, Greg collaborates with math and science teachers to help students run a lighting audit through what they’ve dubbed a “Reduce the Juice” program.

It helped students learn about the energy usage and related carbon footprint of their schools through project-based learning, something that Greg hopes will become fully integrated into the curriculum of STEM (science, technology, engineering, and math) classes.

“The highlight of my job is working with teachers and students,” Greg said. “They are interested, and they get why it’s important. They want to see how their behavior and advances in technology impact the environment.”

The District also has a fantastic recycling program that was developed in partnership with GreenFiber, a company that provides all SLCSD schools with free recycling bins and gives money back to the schools for each pound of recycled material collected. Since the start of this program, district-wide recycling has been greater than 8 million pounds. This translates to a collective earning of $85,000 for the schools and 68,000 trees saved. 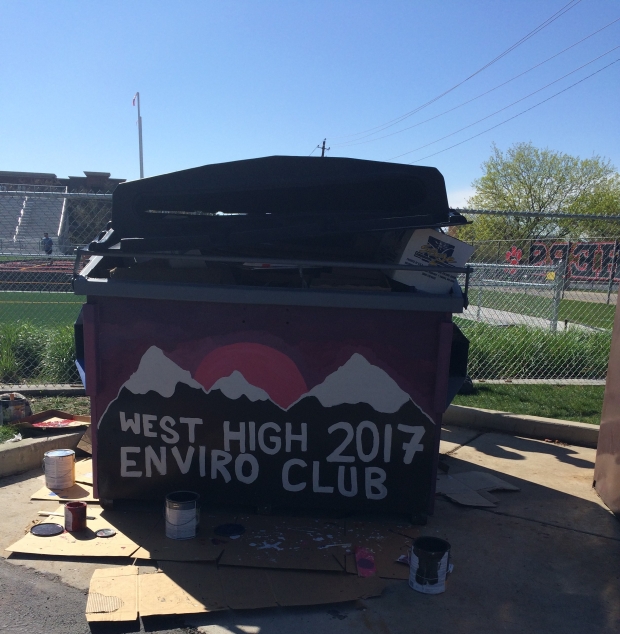 Another area where important work is being done in regards to sustainability is in the District’s custodial department. Their use of green cleaning products and implementation of Integrated Pest Management (IPM) practices has played a significant role in reducing the District’s chemical footprint and has improved indoor air quality, something that protects the health of students and faculty.

The Salt Lake City School District stands out as a model for the cooperative efforts required to develop and maintain successful sustainability initiatives at schools.

Students are the future leaders and innovators of the world. By exposing them to sustainable practices from a young age, the school district is shaping a future where these practices can be integrated into every sector of the workforce.