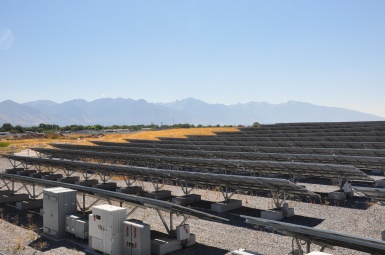 On Monday, the Governor’s Office of Energy Development issued news that a significant agreement had been reached between parties previously at odds over how to move forward with rooftop solar development in Utah.

The main point of contention was how to compensate rooftop solar owners for the excess electricity they sell back to the utility. In November 2016, Rocky Mountain Power proposed a change in their rate structure that could make it more difficult for homeowners to afford solar panels.

Because Salt Lake City is committed to advancing clean energy and supports the growth in rooftop solar, we opposed the proposed changes to the rate structure. In other states, notably Nevada, where similar changes have taken effect, the solar industry has imploded.

At about the same time, the Governor’s Office of Energy Development stepped in, outside of the formal Public Service Commission process, to try and broker an agreement on this thorny issue.

After months of negotiation between solar companies, Rocky Mountain Power, clean energy advocates, and several municipalities including Salt Lake City, we’re pleased that a sensible settlement could be reached.

This agreement will allow the solar industry to continue growing and will protect solar owners’ investments in their clean energy systems.

Ultimately, the devastation this week from Hurricane Harvey underscores the action we must take on climate change. Preserving the market for rooftop solar is a critical step in the right direction for our community.

We commend the Governor and his Energy Advisor Dr. Laura Nelson for their commitment to solar energy in Utah. We’d also like thank all the settlement partners, particularly Rocky Mountain Power, for their efforts on this challenging issue.

You can read the press release here and a Salt Lake Tribune story here.