Salt Lake City Mayor Jackie Biskupski and City Council have committed to a Joint Resolution to transition the community to 100 percent renewable electricity sources by 2032 and an 80 percent  reduction in carbon emissions by 2040.

The Mayor and City Councilmember Erin Mendenhall were joined by other City leaders and community members on the steps of the City and County Building today to announce the resolution. 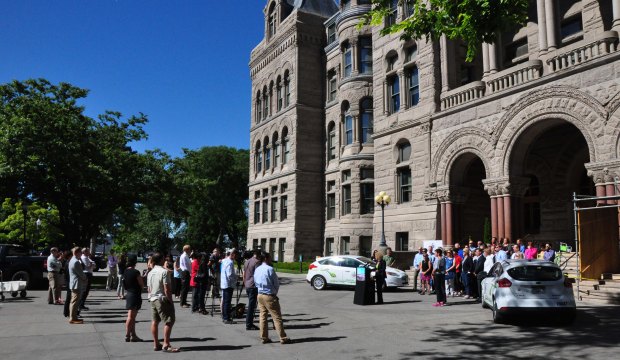 “This is the most ambitious step ever taken by Salt Lake City to address the threat of climate change,” said Mayor Biskupski.  “This commitment places the City among leading communities worldwide that acknowledge our responsibility to rapidly reduce emissions and forge a new path forward that protects our economies, societies and overall human well-being.”

Salt Lake City had previously committed to 100 percent renewable electricity sources for its government operations, along with major carbon reductions for City operations, but this resolution expands the scope to include all electricity and emissions on a community scale.

The Joint Resolution cited the scientific consensus that climate change is occurring and being driven by the burning of fossil fuels.  The Resolution also acknowledged local impacts such as changes in water systems and extreme weather events that are affecting Salt Lake City now and will be exacerbated in the future.

“We can tackle this challenge and deliver clean energy solutions that will simultaneously improve air quality, protect public health and deliver local jobs.  Leading on climate change today is an obligation we all share with each other and to future generations,” stated Mayor Biskupski.

Visit www.slcgreen.com/climatepositive for more information about the plan.